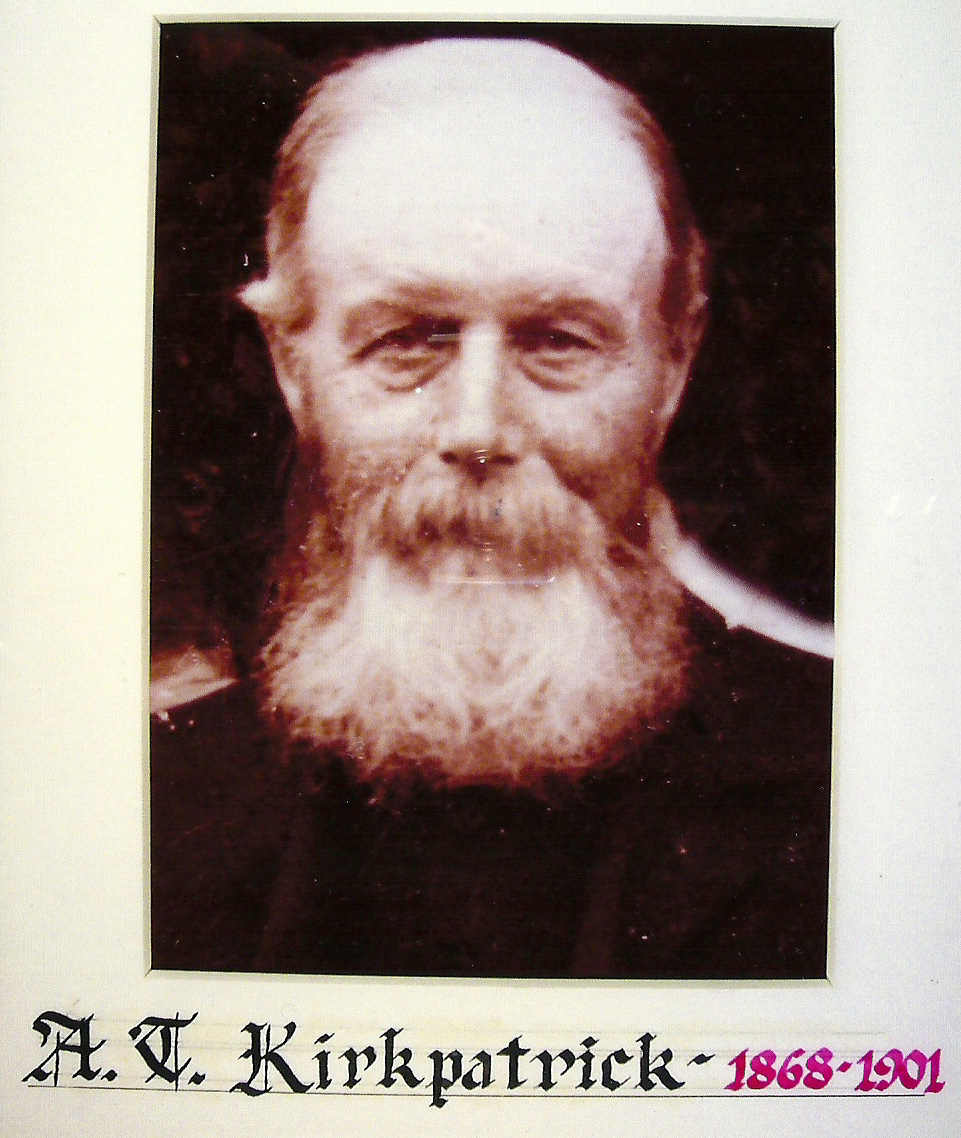 Born in Dublin on the 5th January 1830, Alexander Thomas Kirkpatrick was a graduate of Trinity College, Dublin.  Mr Kirkpatrick was ordained in 1853 as Curate of Craigs Parish Church, Cullybackey, of which his father, the Reverend George Kirkpatrick, was then rector.  In 1868 he was inducted as rector in succession to his father, where for thirty-three years he held this position.  On the 31st August 1869 he married Miss Alicia King, in the Parish Church, Portglenone.

After his retirement he resided for a time in Portstewart, before moving to Larne about 1904, where he made many friends.  A cultured scholarly gentleman the Reverend Kirkpatrick had many interests outside of church work, including archaeology, chess and horticulture and was the personification of courtesy and charity.

In failing health for a considerable time, the Reverend Kirkpatrick passed away on Monday the 19th April 1909, aged seventy-nine, at Waterloo, Larne, from chronic valvular heart disease and acute gastritis.  His funeral cortege left his late residence at Larne on Wednesday the 31st April at 9am, attended by a large representation of townspeople, to the town boundary, before making its way to theCraigs,arriving here around 2pm.

At Cullybackey a number of residents and carriages joined the funeral procession to Craigs, where a service was held in the parish church, before this highly respected gentleman was laid to rest in the churchyard beside the church he had served so well.

The Reverend Kirkpatrick was a direct descendant of the Kirkpatrick’s of Closeburn, Scotland, of which family the Empress Eugenie was a member.