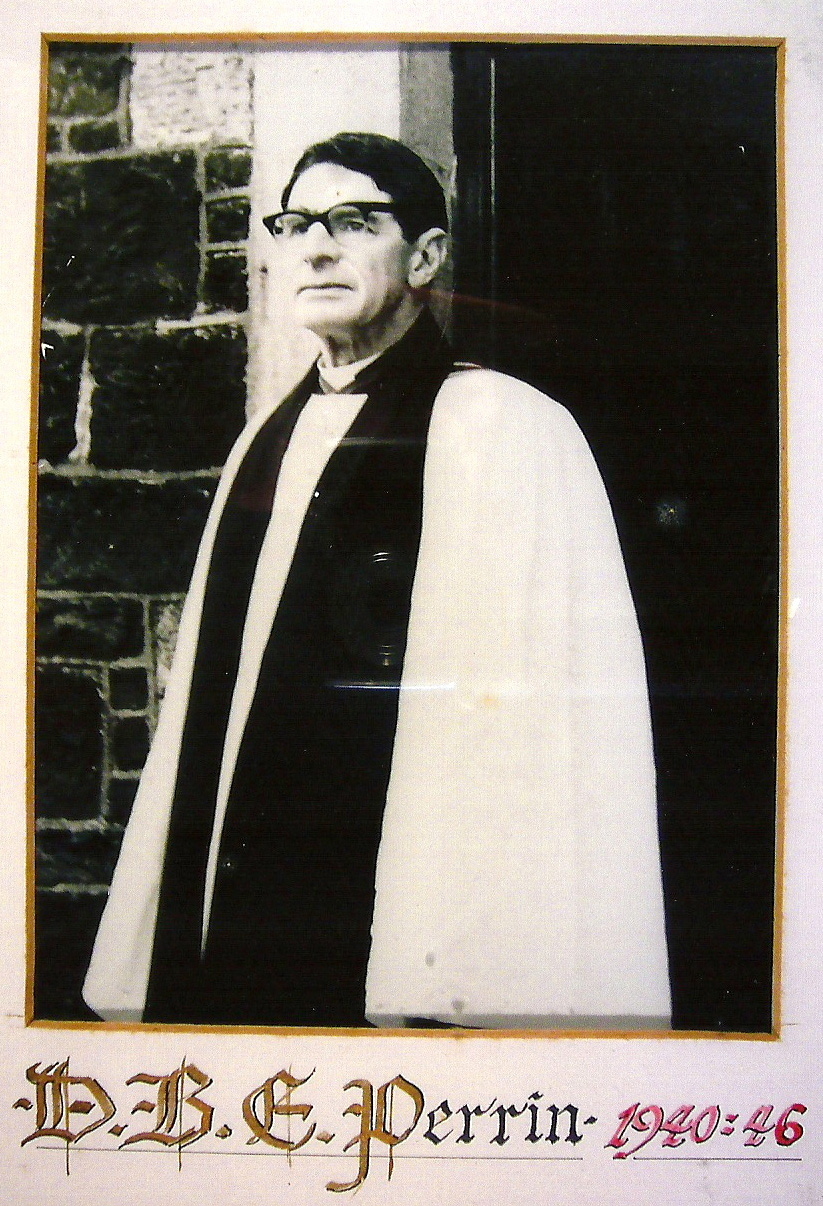 Son of Albert Barton Perrin of Bristol and Foxrock, County Dublin, Donald Barton Edward Perrin was born on the 15th July 1905 in Bristol.  He received his early education at the Aravon School, a private primary school in Bray, County Wicklow, and then at the Durham School, Durham.  From 1922-1928 he was a clerk in the Royal Bank of Ireland.

At Trinity College, Dublin he gained both his B.A., and his Divinity Testimonium in 1933, followed by an M.A., in 1936.  He began his ministry as a Curate in St Mark’s Parish Church,Dundela, Belfast, from1933-1940 before coming to the Craigs Parish Church as Curate-in-Charge from 1940-1945 and then as Rector from 1945-1946 before moving to Ballywillan, Portrush, from 1946-1969.   In November 1946 the parishioners in the Craig held a farewell evening in the school house to say goodbye to the Reverend and Mrs Perrin before they moved to Portrush.

He married Mary Letitia Hill, from Eglinton, County Londonderry, on the 3rd October 1939 and had four children, three sons and one daughter.