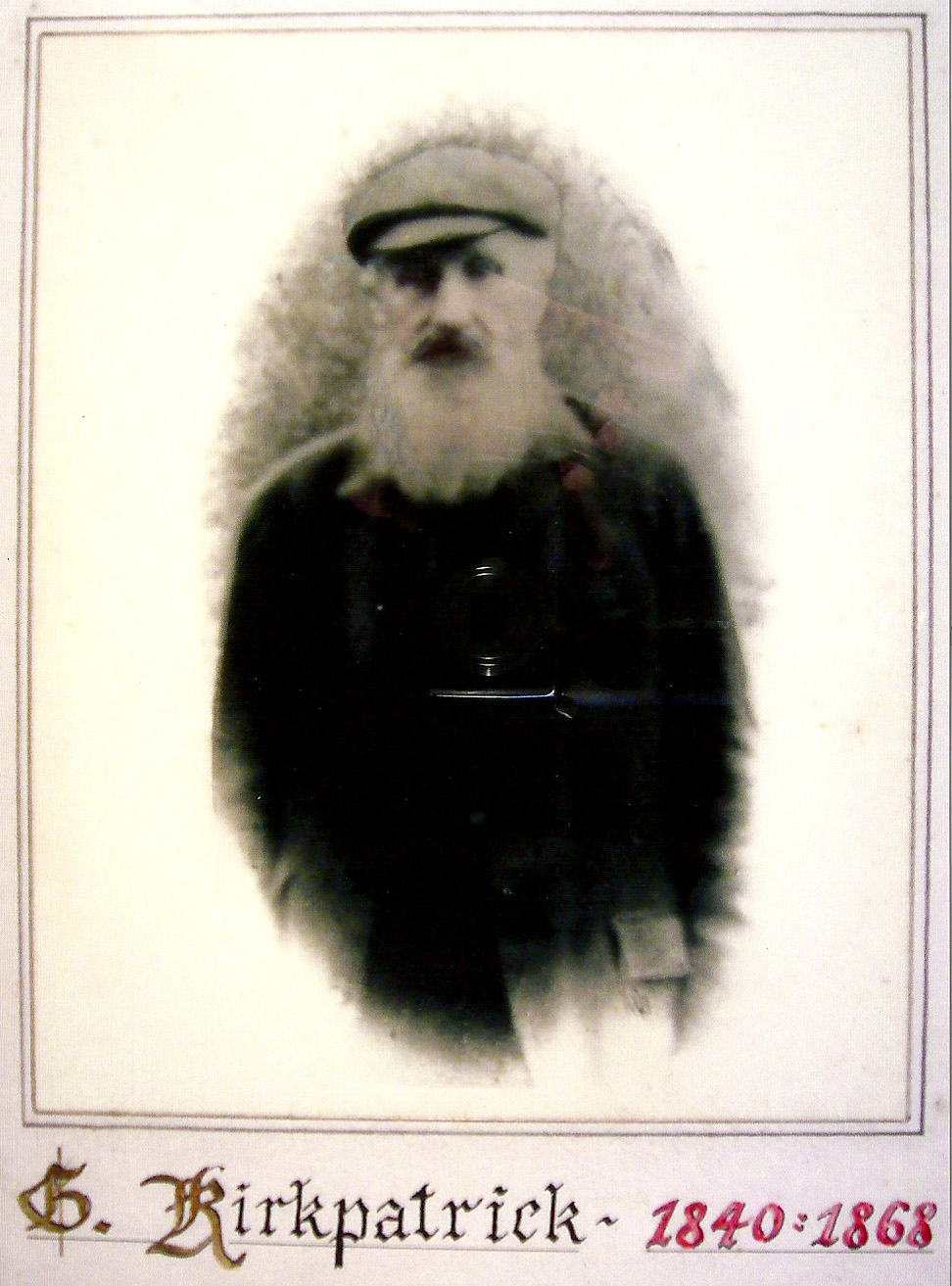 Son of Lieutenant Alexander Kirkpatrick, George was born at Coolmine in the County of Dublin on the 8th February 1798 the eldest son of a merchant, Alexander Kirkpatrick.  He was educated at Armagh Royal School, then entered Trinity College in the University of Dublin on the 2nd January 1815. He graduated Bachelor of Arts in 1818 and was ordained as a deacon in the Church of Ireland on 18th March 1820.  The following year he was raised to the priesthood in the Diocese of Cloyne and from 1924-1829 served as curate at Drumgoon in the Diocese of Kilmore.

Ordained in 1821 he was in the sixty-eighth year of his ministry, fifty of which he spent in the Craigs where he died, honoured and respected by all ages and classes.  The Parish of Craigs was originally part of the parish of Ahoghill, and was separated into a distinct charge in 1840, the Rev Kirkpatrick being appointed the first incumbent, the duties of which he continued to discharge until 1868, when his son, the Rev Alexander Thomas Kirkpatrick, succeeded him.  Although he had “officially” retired, he continued as the voluntary curate, doing a good work, assisting in the public services of the church and in the private ministrations to the sick and sorrowing.

It was owing to the Rev Kirkpatrick’s endeavours that the church at Craigs was built in 1840 and consecrated in 1841.  During his ministry the church was enlarged twice owing to the increased congregation.  He also had a parochial schoolhouse and teacher’s residence erected in 1841 just opposite the church and nearby an impressive house known as Hazelbank for himself.

On the 17th March 1829 he married Catherine Elizabeth Browne, who was born in 1794 by whom he had two sons, Alexander Thomas and George Stephen Kirkpatrick.  Full of years and with true honours, the honours which came from doing good, the Rev George Kirkpatrick passed away on the 8th July 1889, at Hazelbank, and was laid to rest near the door of the church at Craigs, his headstone being later built against the wall of the churchyard.  This stone quotes the following verse in tribute to his life and ministry:-

Rest from thy loved employ,

The battle fought, the victory won,