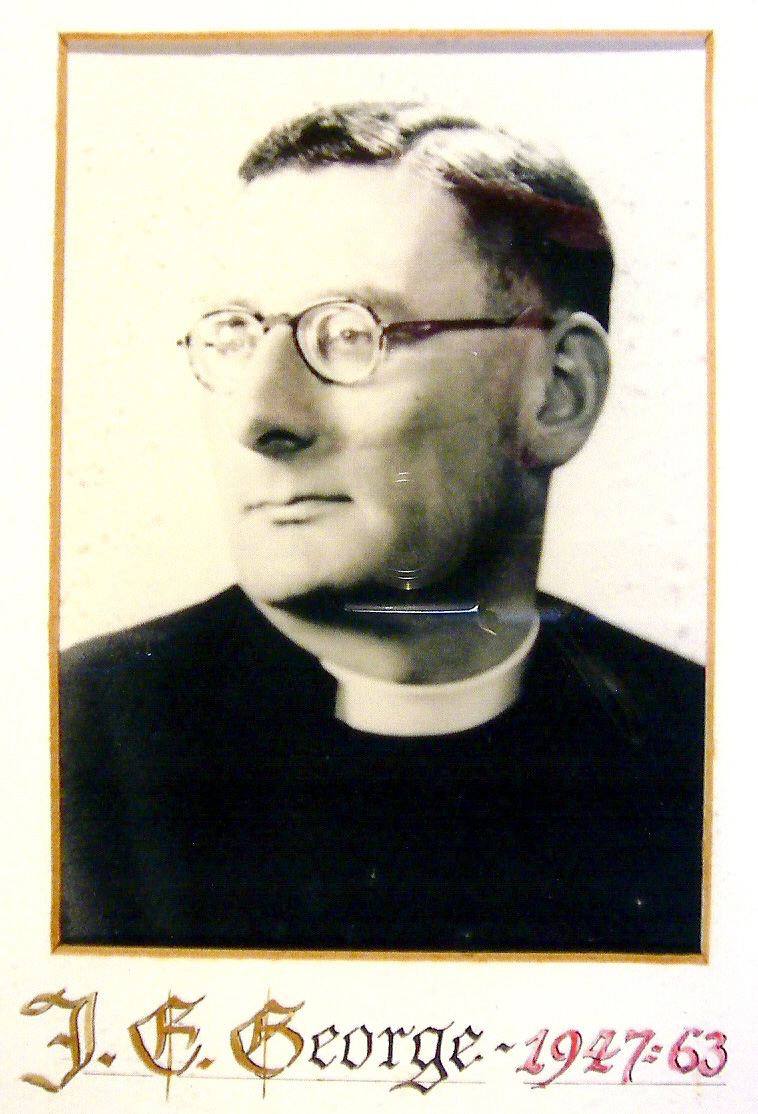 John Ernest George was born on the 24thApril 1911 at Milfort, Armagh, son of Ernest Samuel George, Barrack Street, Armagh. He attended the Armagh Royal School and was employed on the staff of a Birmingham newspaper. Deciding to resume his studies he went to Trinity College, Dublin where he gained a B. A. in 1936 and an M.A. in 1945.

He was ordained at St. Paul’s, York Street, Belfast in 1937 and a year later he was appointed curate-in-charge of St. John the Baptist’s, Upper Falls Road Parish, Dunmurry, during the absence of the rector on war service. From 1941 to 1946 he officiated as Chaplain to the Forces in the South Belfast and Lisburn sub-district, N.I.D., and then in April 1946 he went to St. Luke’s, Shankill Road, Belfast, before being installed in the Craigs Parish Church, which was his first rectorship, in December 1946, where he remained until his death.

During his time at the Craigs he made the name of the little church extensively known, not only throughout Ulster but overseas through the media of television and radio broadcasts. His Plough Sunday was televised in 1963 and from time to time he conducted other services at Craigs which went out on Home and Overseas wavelengths.

On the 8th January 1941 he married Dorothy Virginia Anderson at St Polycarp’s Parish Church, Finaghy. They had three children, two girls and a boy. Sadly the Reverend George passed away on the 14th May 1963, age fifty-one.