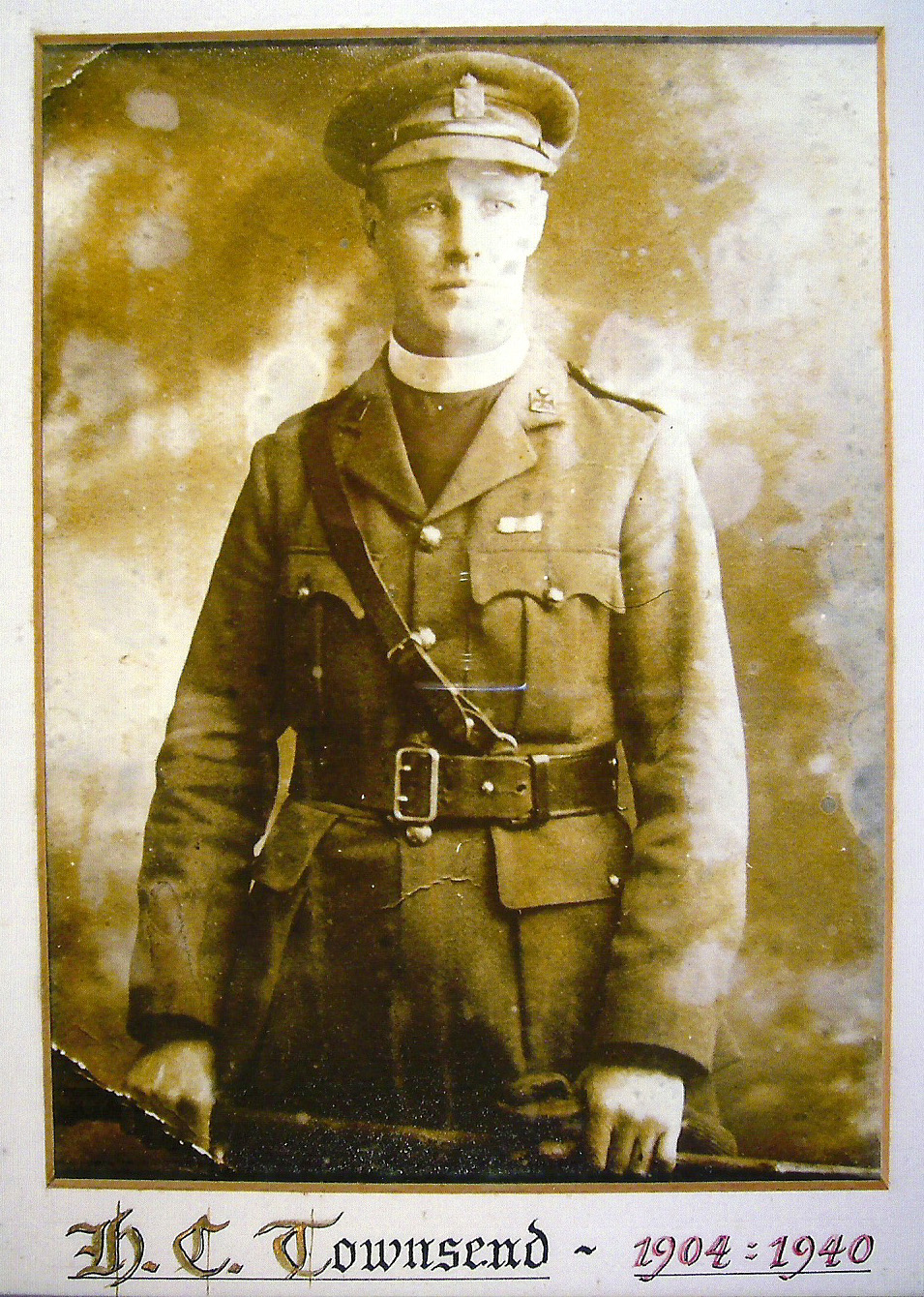 Born on the 3rd February 1870 in Abbeystrewry, Skibbereen, County Cork, Horace Crawford Townsend was a son of Canon Horace Webb Townsend.  Educated at Trinity College, Dublin, where he gained a B.A. in 1892, and his Divinity Testimonium in 1893.  Hebegan his clerical career in 1893 in St. Patrick’s Church, Ballymena as a curate where he took a great interest in the young men of the town.  After several years of devoted service in Ballymena he served with the Church Missionary Society in Ceylon from 1897-1899 and in Diocese of Colombo from 1899-1903.  As a result of his health being impaired the Reverend Townsend returned home and was appointed rector of the Craigs Parish Church and was installed there on 25th January 1904 where he remained until his death.

During his many years at the Craigs he won for himself the respect and esteem not only of his own congregation but of the entire residents of the district.  While in Cullybackey he took a keen interest in the work of the local branch of the U.V.F.  He was a member of the Ancient Blue Masonic Lodge 537 in Cullybackeyand was chaplain to the Ballymena District L.O.L.

On the outbreak of the First World War he had temporarily relinquished his duties as rector at Craigs in December 1915, when he was appointed chaplain 4th Class to the Forces, and was on the Western Front from January 1916. When a list of military honours awarded to Ulster officers in the King’s Birthday List was published in 1917 the Reverend Townsend was among those listed as he had been awarded the Military Cross for gallantry in the field, which was presented to him by King George V at Buckingham Palace.A year later he was mentioned in despatches by Sir Douglas Haig.  He relinquished his commission on 13th March 1918.  On returning to the Craigs in 1920 he resumed his normal duties in connection with the parish.

In November 1917 he was presented with a gift from his parishioners of a solid silver tea tray and silver lamp to mark their appreciation of his gallant conduct in the field of battle in his capacity as army chaplain.

He was married on the 31st October 1899at the Galle Face Church, Colombo, Ceylon, to Miss Mary Edith Grace Young, youngest daughter of William Alexander Young, Kintullagh House, Ballymena.  This kindly gentleman passed away on the 14thApril 1940 and was laid to rest in the graveyard beside the church where he ministered for thirty-six years.  He was survived by his wife and two daughters, Maureen Margaret and Edith Honor Grace.