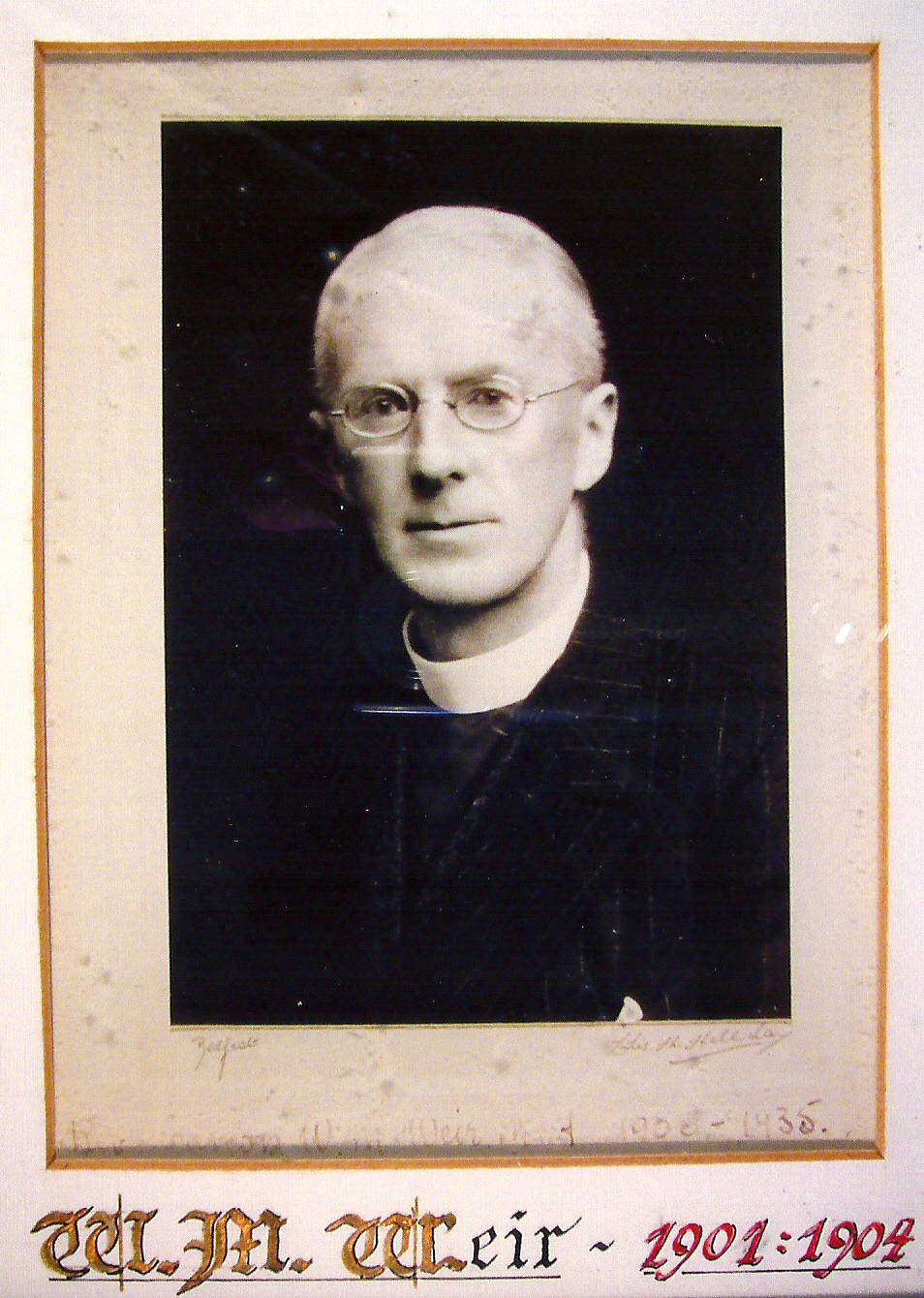 Ordained in 1895 he took up a post with the Church of Ireland Church Mission, Townsend Street, Dublin.  He remained here until 1898 before moving to Drumbeg, County Down, in 1899 where he ministered until 1901, when he came to the Craigs Parish Church, Cullybackey, where he remained until 1904.

Born at Dromore, County Down, on the 16th November 1868, William Mortimer Weir was a son of Marshall Weir, M.R.C.S., J.P., and Mrs Weir (Nee Harrison.)  He attended Queen’s University, Belfast, where he gained a B.A., in 1889 and later in 1903 he was awardedan M.A.He married Sylvia Mildred Smyly, daughter of Sir Philip Crampton Smyly, M.D., of Dublin, in Taney Parish Church, County Dublin, on the 29th August 1900.

Upon leaving Cullybackey he took up a post in St James Parish Church, Crinken, Bray, County Wicklow, from 1904 until 1906 and his last church was in Delgany, in the Diocese of Glendalough, County Wicklow from 1906 until 1935 when he retired after a ministry of forty years and went to live in Dunmurry.From 1914 he was Prebendry of St Michan’s in Chapter of Christ Church Cathedral, Dublin, from 1914 until 1935.  From this he would have had the title Canon.

Sadly, after a short retirement the Reverend Weir passed away on the 26th July 1936, at the residence of his brother-in-law, 55 Osborne Park, Belfast, and was laid to rest in the Belfast City Cemetery.  He was survived by his wife, Mildred Syliva, his daughter and two sons.